Body Disposition:
Burial vs Cremation vs Other

What to do with the deceased’s body is another important decision for those looking to plan their end-of-life affairs prior to their passing. Traditional burials and cremations have been the top choice for many years, but alternative types of burials and other options have been developed in recent years to reduce cost and the impact on the environment. We’ll discuss the differences between burials and cremations and some of the other alternatives in this week’s tip.

Many cultures throughout history have developed the practice of burying their dead as a sign of respect to the deceased, to protect the body from being eaten and picked at by wildlife scavengers and to prevent the odors of decay of permeating the air. A traditional burial includes embalming the body with a special fluid that delays decomposition of the body in order for the body to be presentable for a funeral.

In 2021, the National Funeral Directors Association (NFDA) reported that the median cost of preparing a body for burial is approximately $6,700. If a vault is required by the cemetery to protect the casket from the weight of the earth, then that pushes the average cost to $8,272.

The costs for cemetery plots can vary significantly. The local cemetery where Kris is buried is small, operated by volunteers, and depends on the service of community members to help care for the property. As of this writing, plots go for about $1500 each. Larger cemeteries located in prominent locations, have historical prominence, and are owned by for-profit businesses are usually more expensive, but they are meticulously maintained and often have more services available to the family.

Headstones vary in cost based on size, detail, and content. Because our plots are in a quiet, scenic cemetery that includes beautiful views of the countryside, we opted for a bench where one can sit, ponder, and reminisce. We purchased it from a small company whose sole business is making and installing headstones. We checked with them about their current prices and found that the small, “flat grassers” that are set in the ground and are flush with the grass start at $500. Pillow or bevel headstones, which have a similar look but are set on a stone that is raised up several inches above the grass, begin at $1000. Benches and the more traditional slanted headstones or monuments are the most expensive and can range from $1500 up to several thousand dollars if you want big, bold, and elaborate.

Many argue that burials are unfriendly to the environment. The chemicals used in embalming can be harmful to morticians if they escape into the air or get on the skin. And the potential contamination of the ground with the chemicals as the body and casket decay is a concern. The making of wood, steel, and concrete for caskets and vaults adds to environmental pollution. In addition, keeping cemeteries green and plush requires a lot of water and fertilizers.

Cremation is another option that has been around for centuries but has gained popularity in the last several years in western cultures. Bodies are placed into a special furnace that burns as hot as 1800° Fahrenheit for about 90 minutes.
The remains, called ashes or cremains, are given to the family. What to do with the ashes is up to the family. Traditional options include keeping them in one or more containers or urns, burying them, or releasing them into the environment in a meaningful location. With enough money and creativity, families may dispose of or retain the remains in non-traditional ways as well, including mixing the remains in various art mediums to create a special painting or sculpture, creating jewelry, or shooting the remains into space.

The median cost of cremation is less than a burial at about $4,800, plus the cost of retaining or disposing of the ashes as per the desires of the deceased or the family.

Environmentally, many say that cremation is not much better than traditional burials. The amount of fuel needed to burn the bodies is wasteful and the carbon emissions from the furnace are not safe.

If you’d like to have a traditional burial but without harming the environment as much, a green burial might the right fit. Bodies are not embalmed, and special biodegradable containers or shrouds made from organic, environmentally friendly textiles are used instead of caskets. While the cost of a plot in a cemetery may be equal to that of a conventional burial, the overall cost should be less expensive without a tradition casket and embalming. Check with your local laws, cemeteries and funeral homes about the availability and regulation of green burials.

A newer option that is slowly being approved in all states is aquamation. It’s like cremation but instead of using flames it uses heated water to break down the body. The process is called alkaline hydrolysis Because there is no use of fossil fuels and no emissions into the air, it is considered more environmentally friendly. The cost is on par to that of cremation.

Another option is to donate your body to science for use in teaching medicine or research. A whole-body donation helps develop new doctors and can assist in research that may save hundreds of lives in the future. Generally, there is no cost. The downside is that there is no body for a funeral or memorial service and oftentimes the institution that takes the body may want it for a few years before they cremate it and give the ashes back to the family.

Beware, however, that there is no federal oversight of whole-body donations. As a result, there are unscrupulous brokers who may tell you one thing about what will happen with the body but then use it in a different way. They aren’t allowed to sell the bodies, but they’ll charge crazy transportation fees to make money. Ask a lot of questions and read the fine print carefully of your agreement.

While the above options are generally the most widely used, other options are being developed and gaining momentum. We encourage you to talk through the different ways to dispose of your body with your family. It’s often said that funerals are for the living so get their input as to what would bring them the most peace.

If you need further assistance or guidance, contact Prepare Your Affairs at peaceofmind@affairsinorder.com. 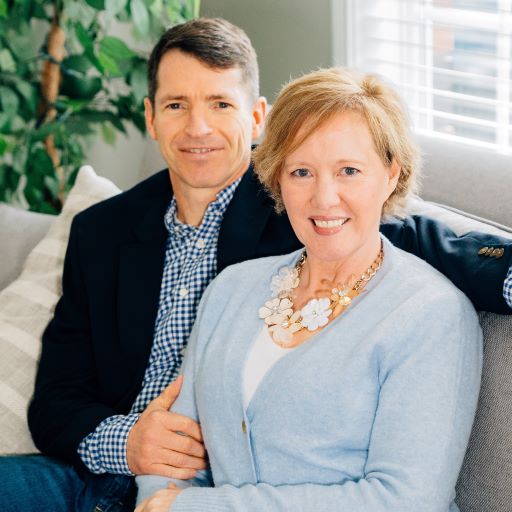